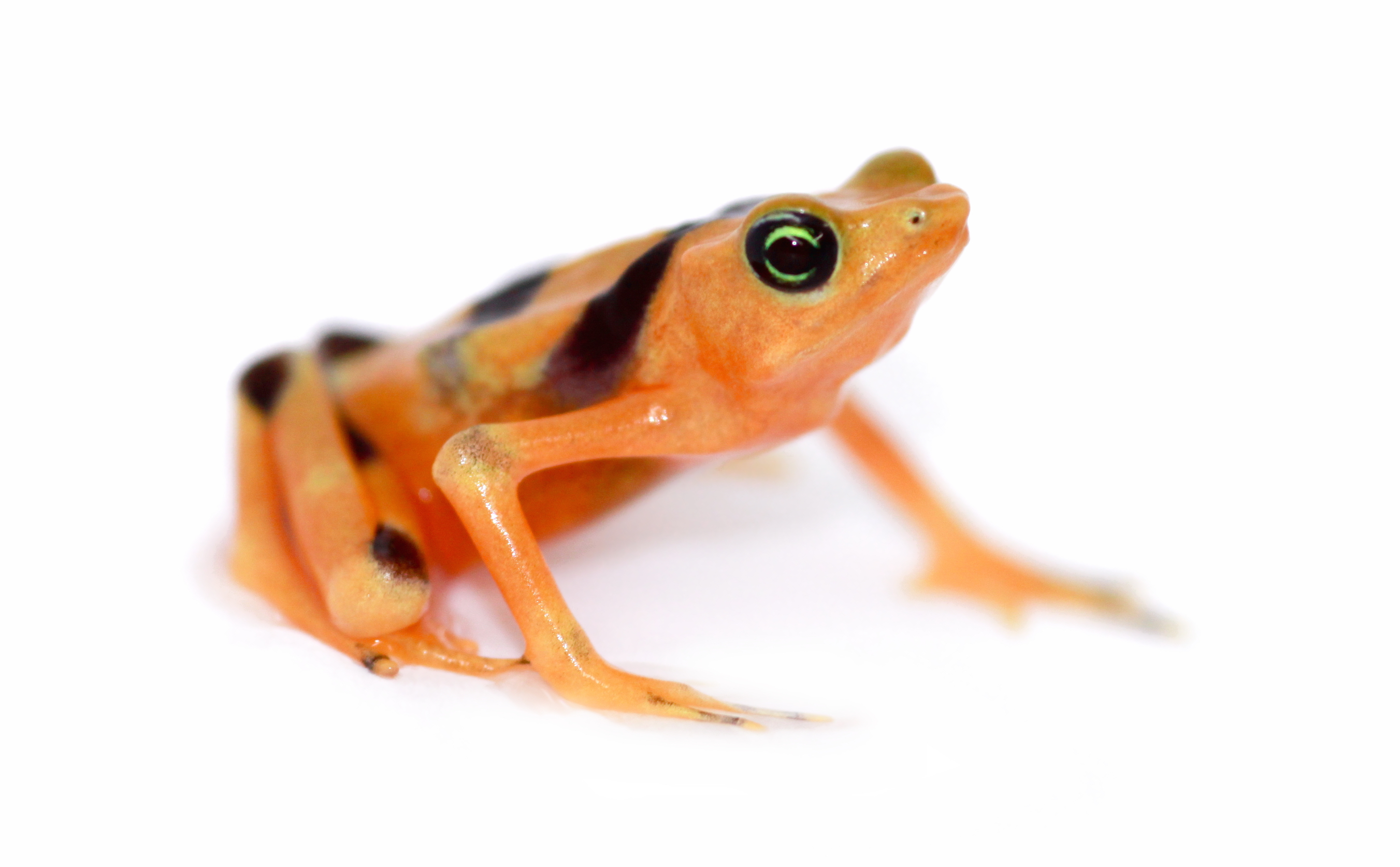 The Panamanian Golden Frog, photographed here by Brian Gratwicke (CC BY 2.0, image via Wikimedia), have been nearly wiped out due to Batrachochytrium dendrobatidis, a species of chytrid fungi (pp. 4-22). 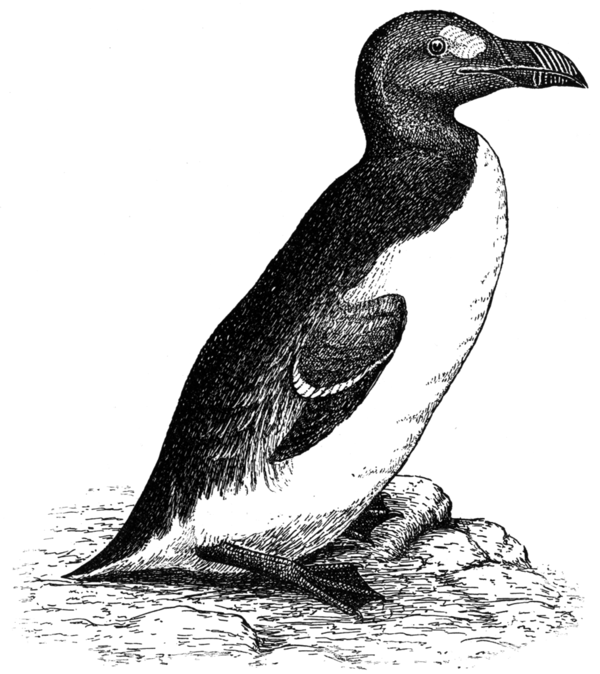 The Great Auk, seen here in a woodcut (public domain, via Wikimedia), was killed off by humans in the mid-19th century (pp. 47-69). 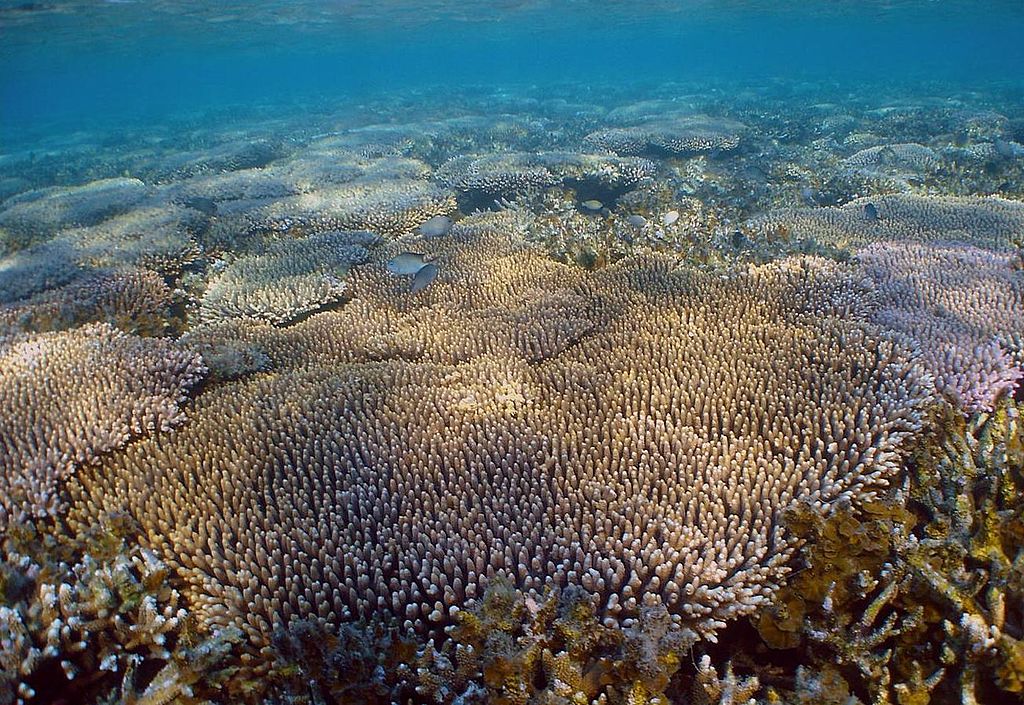 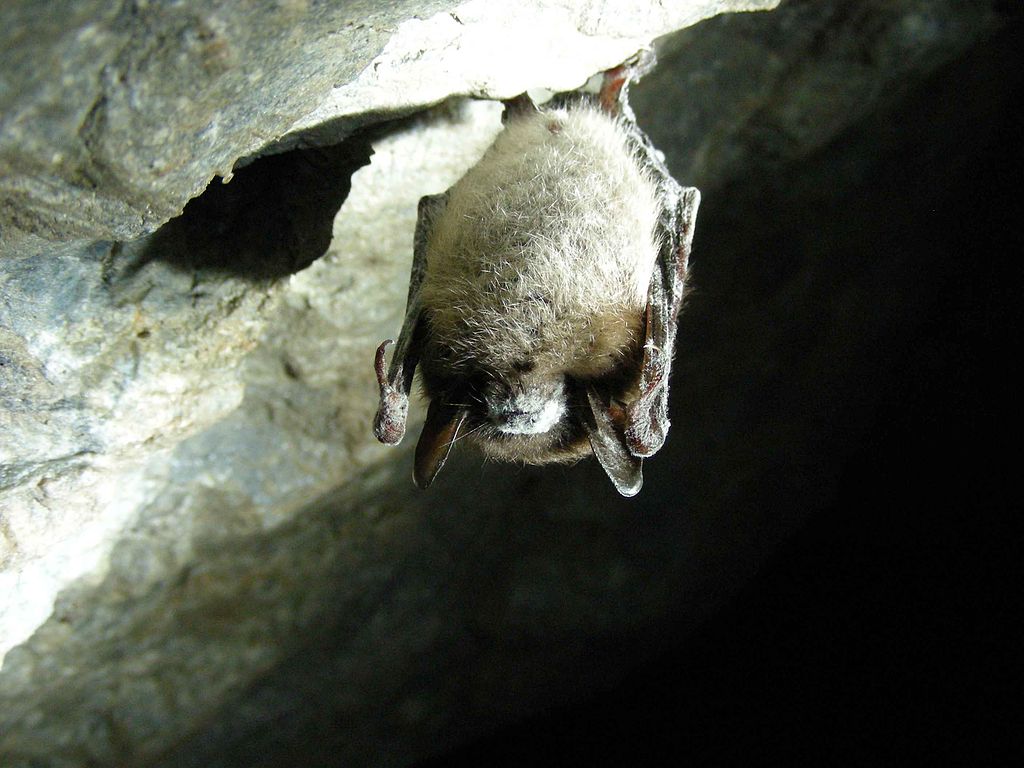 The little brown bat of North America, seen here in a photograph by Moriarty Marvin, U.S. Fish and Wildlife Service (public domain, via Wikimedia), has seen a great reduction in population due to the fungus Geomyces destructans, a species of fungus introduced somehow from Europe (pp. 193-216). 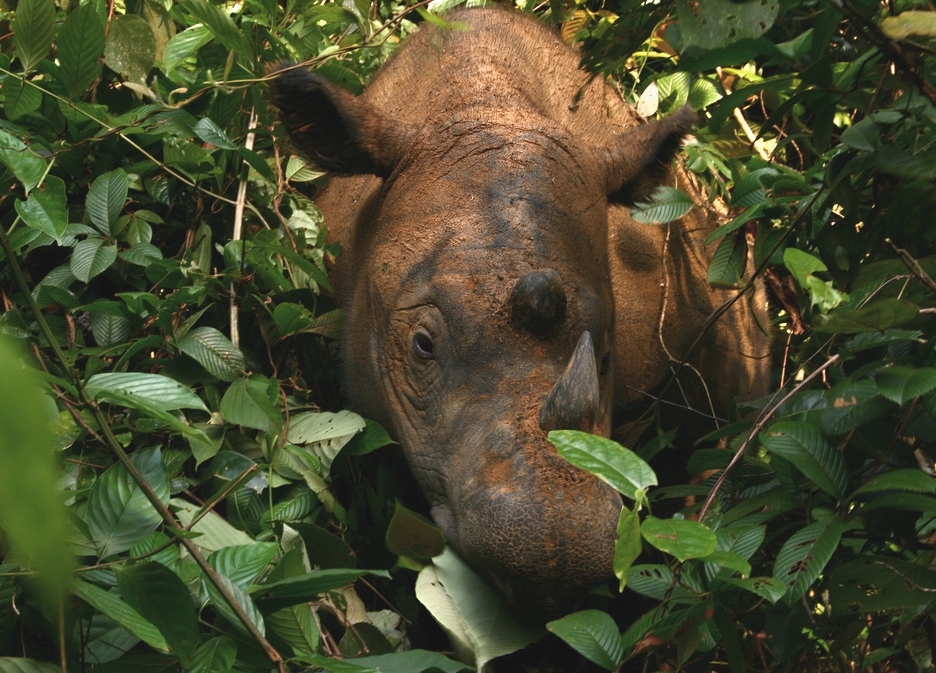 The Sumatran rhino, photographed in the Sumatran Rhino Sanctuary, Way Kambas, Sumatra, Indonesia, by Willem v Strien (CC BY 2.0, via Wikimedia), has been brought close to extinction by deforestation and poaching (pp. 217-235). 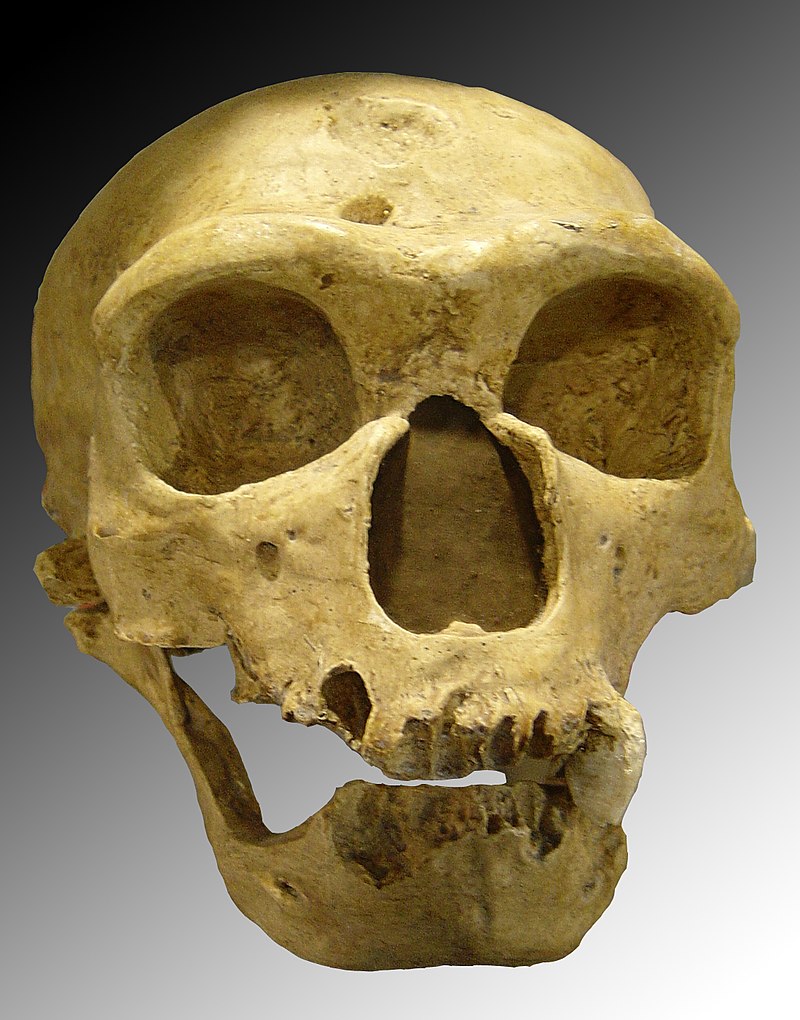