These pictures and research are from the Stevens Archives and Special Collections. 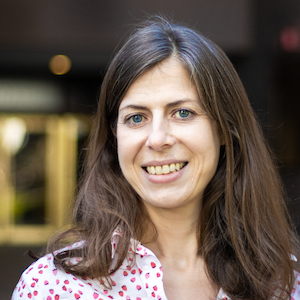 Leah Loscutoff, Archives and Special Collections Librarian, March 11, 2014
Special thanks to Doris Oliver, Assistant Curator, for her assistance with the research for this blog post.

March is women’s history month, and for this entire month staff at the Samuel C. Williams Library would like to honor some key women from the Stevens family, who played a big part in the development of Stevens Institute of Technology and in New Jersey. 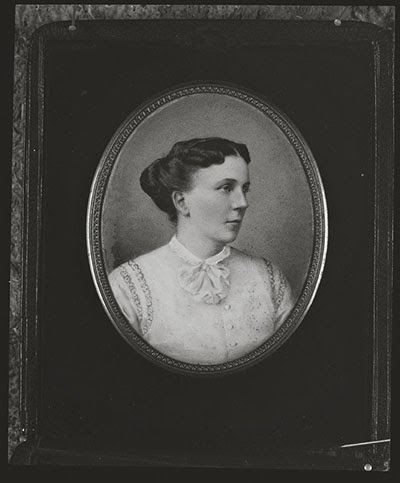 Martha Bayard Dod Stevens was a Stevens family matriarch, philanthropist, and champion to the poor. After her husband Edwin A. Stevens passed away in 1868 she became instrumental in helping to establish Stevens Institute of Technology, which he initially founded. Looking at Edwin A. Stevens’ Will you can determine that he left her with substantial authority over the Stevens family estate. This includes bequeathing the Castle Point homestead of 30 acres and the houses that were there under her control. As one of the executors of the will, Martha insisted that the University be geared toward science and engineering.

Martha Bayard Dod Stevens was the daughter of Albert B. and Caroline (Bayard) Dod. Born in Princeton, New Jersey, May 15, 1831. She was a lineal descendant of the Bayard family, who escaped from France to Holland, and then made their way to America, settling in New Jersey prior to the Revolutionary War. Her relative Colonel William Bayard owned the land which is now Hoboken and large tracts of land in Weehawken. Col. William Bayard subsequently fled the country after the surrender of the British and his property was confiscated by the Government. The land of Hoboken was then purchased by Colonel John Stevens III in 1784, so that when Miss Dod became the wife of Edwin A. Stevens on August 22, 1854, she came into possession of property that had once been owned by a member of the Bayard family. Martha and Edwin were married for 14 years, and were parents to seven children.

Having a strong interest in education, in the late 19th century she established the Industrial Education Association, a school for young women in Hoboken, and also, the Martha Institute for training boys in industrial skills. In addition, she provided the funding to construct the Hoboken free public library in 1896. She also founded St. Martha’s Ward in St Mary’s Hospital in Hoboken, and was a liberal contributor to St. Katherine’s Home, Christ Hospital, and every church in Hoboken regardless of denomination.

Mrs. Stevens was a well-known figure in Hoboken and contributed greatly not only to the establishment of the Stevens Institute of Technology but also to the town of Hoboken itself, a place that she loved dearly. Mrs. Stevens helped to establish the charity, Helping Hand club. This charity provided aid to poor women. The club would meet once a week to sew and then were given the garments that were made, including coal and groceries. She made it a point to give what was left of her income annually to charity and would never invest in anything. Her last benefaction was to arrange for the erection of a recreational pier for the poor, this was known as the River Walk. 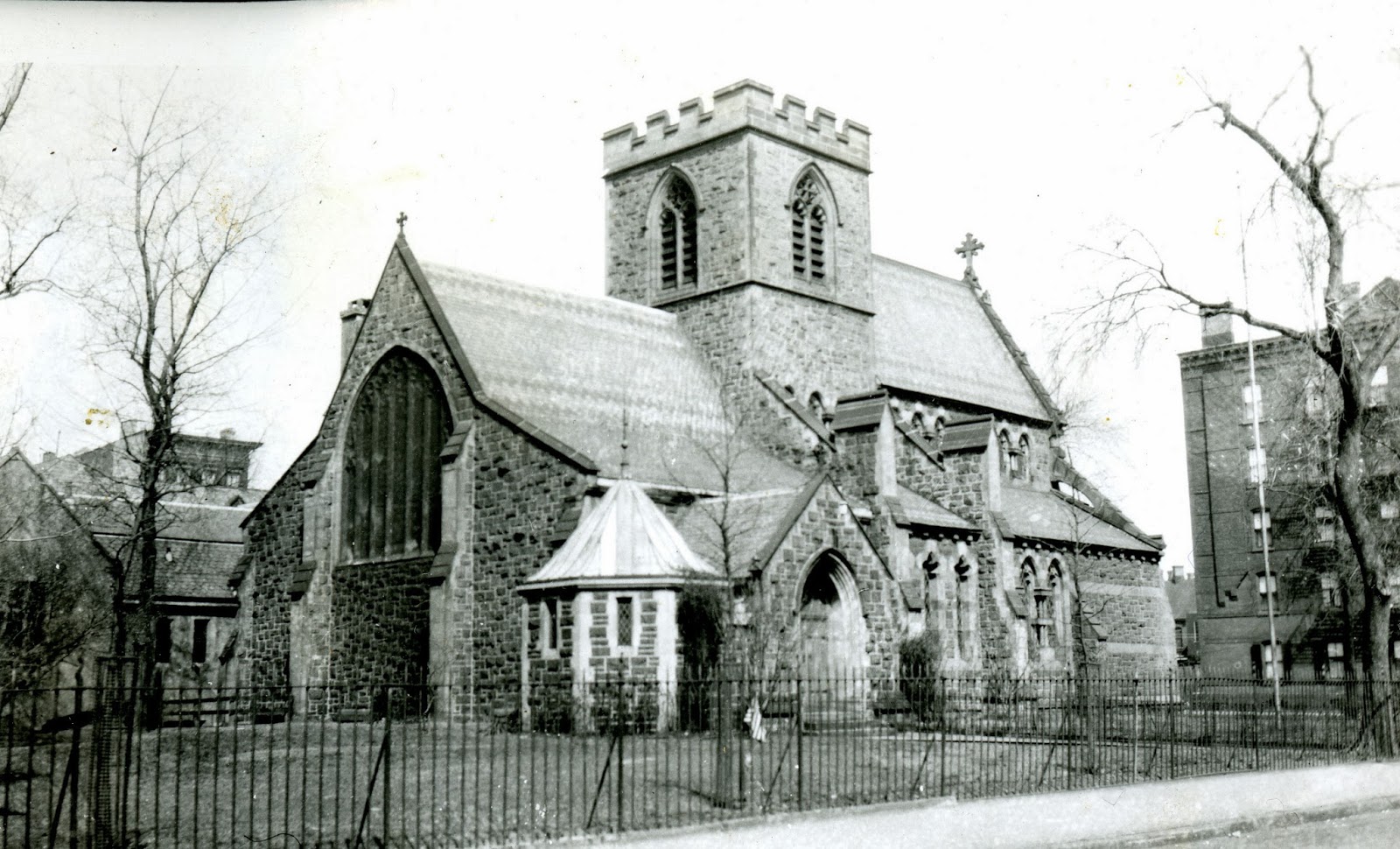 Episcopal Church of the Holy Innocents

Mrs. Stevens built and endowed the Episcopal Church of the Holy Innocents, at Sixth Street and Willow Avenue, in memory of her daughter Julia, who died in Rome when a child. The church was also founded as a “free church” in the days when there were few. It was her intention that anyone would be able to worship there, regardless of social standing and wealth.

Mrs. Stevens died on April 1,1899 and the funeral was held at the Church of the Holy Innocents on April 4th. She was beloved by the poor of Hoboken, who greatly mourned her death.

by Leah Loscutoff, Archives and Special Collections Librarian, March 28, 2014
Special thanks to Doris Oliver, Assistant Curator, for her assistance with the research for this blog post 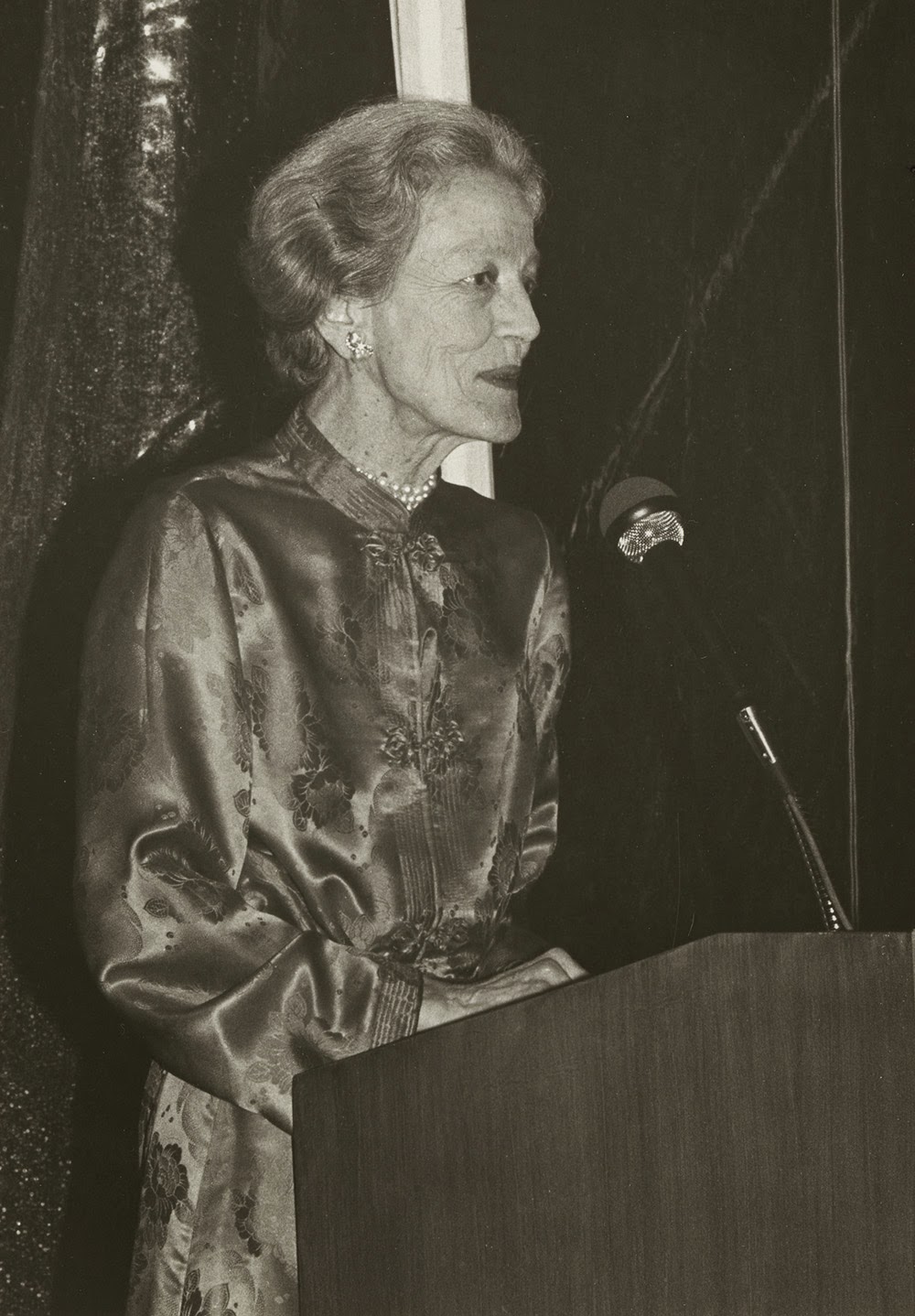 Millicent Vernon Hammond Fenwick was born February 25, 1910, in New York City, and passed away September 16, 1992 at the age of 82. She was born 10 years before women gained the right to vote, and the same year a voting machine was actually patented to restrict women’s votes. Millicent Fenwick would become a political force to be reckoned with, but politics wouldn’t become a part of her life until later on. She was a colorful character with a lot of personality. She even influenced Garry Trudeau’s cartoon character Lacey Davenport in Doonesbury.

Millicent was the daughter of a prominent family. Her father, Ogden H. Hammond, was a financier and state legislator and her mother was Mary Picton Stevens Hammond. When Mrs. Fenwick was 5, her mother, Mary Stevens, drowned when a German submarine sank the ocean liner Lusitania. Millicent was the great granddaughter of Edwin A. Stevens and Martha Bayard Dod Stevens, the founder of the Stevens Institute of Technology.

Millicent never received a high school diploma or college degree, but she studied philosophy under Bertrand Russell at the New School and spent time as a fashion model for Harper’s Bazaar. She was fluent in Italian, French, and Spanish. As a young woman, she fell in love with a married businessman, Hugh Fenwick. In June 1932, she married Hugh and together they operated a 100-acre chicken and dairy farm. The farm was financially disastrous, and her husband left her for a job abroad and they separated in 1938. After her husband left, she had to find work and support her two children on her own. Refusing money from her family, she scraped by on her own. A divorce with Hugh was finalized in 1945. 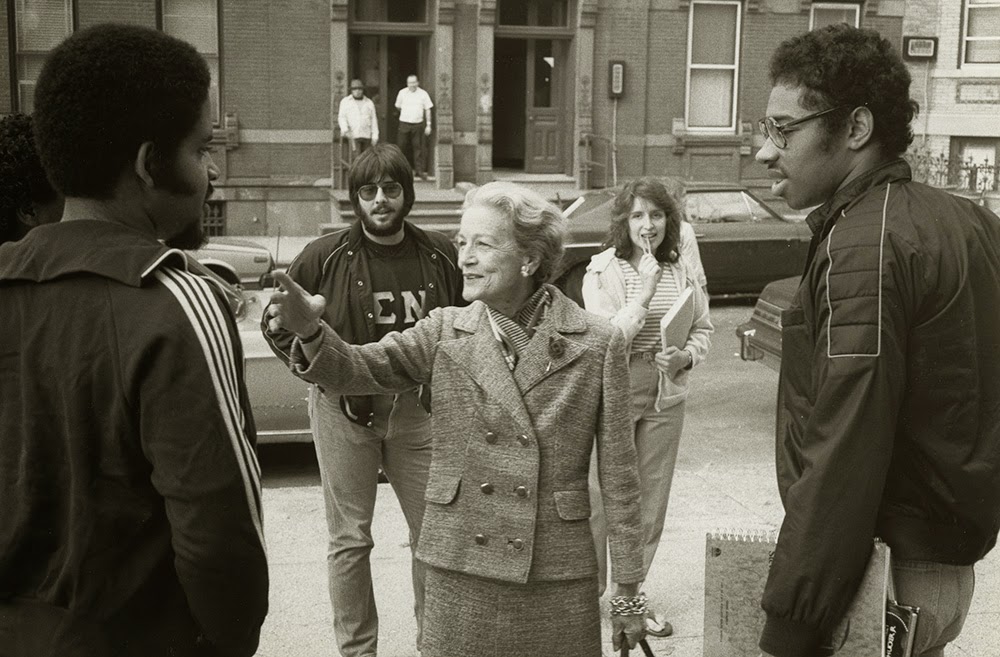 Millicent Fenwick outside of Morton on River St., circa 1982.

Without a high school diploma it was hard for her to secure anything, but in a stroke of luck she had two short stories published which led her to a job at Vogue magazine. She worked at Vogue as a feature writer from 1938-1952. She inherited a fortune when her father died in 1956 but remained frugal, counting her change from coffee, using one lamp to work by and driving a Chevrolet in a community of luxury vehicles.

Millicent first became interested in politics because of the plight of African Americans in America, and also the oppressive Nazi government in Germany. When she got into politics, she became an advocate for a variety of issues. Some of these issues include, Civil Rights, peace in Vietnam, help for the poor, prison reform, gun control, and urban renewal. One of her proudest achievements was being a lead sponsor of the resolution creating the commission to monitor the 1975 Helsinki accords on human rights. Millicent’s political career started later on in life.

She first ran and won a seat in the State Legislature at the age of 59 and in Congress at 64. The Congressional primary rival she beat was Thomas H. Kean, later elected Governor of New Jersey. Her Congressional tenure ended in 1982, when she ran for the United States Senate and lost narrowly to Frank R. Lautenberg, a Democratic millionaire whose big-spending campaign portrayed her as too eccentric. Millicent herself refused to take any political-action committee money. After her loss, President Ronald Reagan appointed her as the first American envoy to the United Nations Food and Agriculture Organization in Rome. She retired from that post in 1987. Throughout her career she was an advocate for ending world hunger, and supported the food stamps program here in America. Although a Republican, she often found herself voting against her party’s agenda. She was fiscally conservative, but socially very progressive.

Known for her pipe smoking and her outspoken stylish manner, she was often described as the Katherine Hepburn of politics. She was witty, fearless, elegant, and known for speaking her mind. She so frustrated Representative Wayne Hays, a Democrat from Ohio, that he once threatened to withhold her staff’s paychecks “if that woman doesn’t sit down and keep quiet,” but as the saying goes, well-behaved women seldom make history. Millicent once said, “I learned the most important thing in life is character.” Character is definitely something that she never lacked. 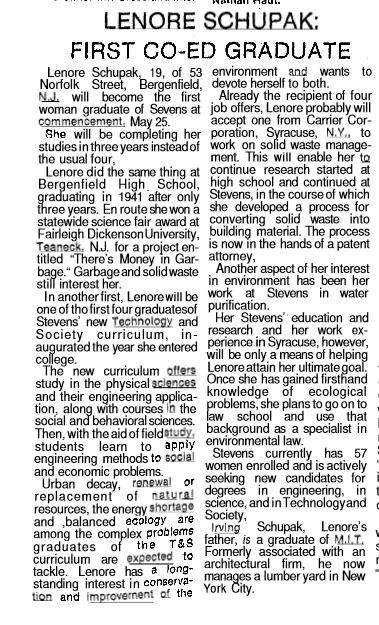 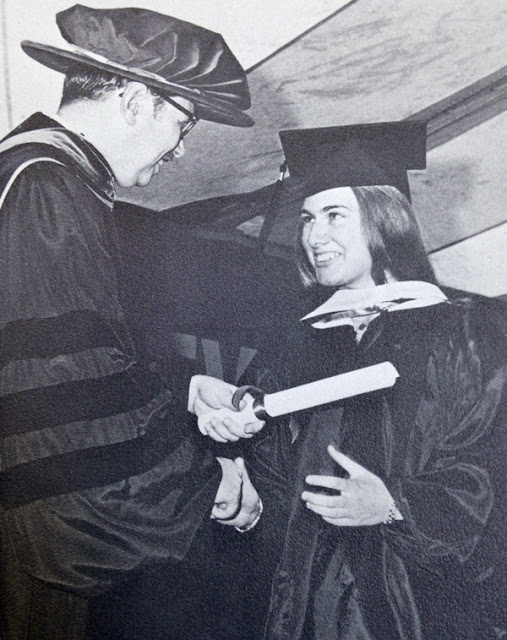